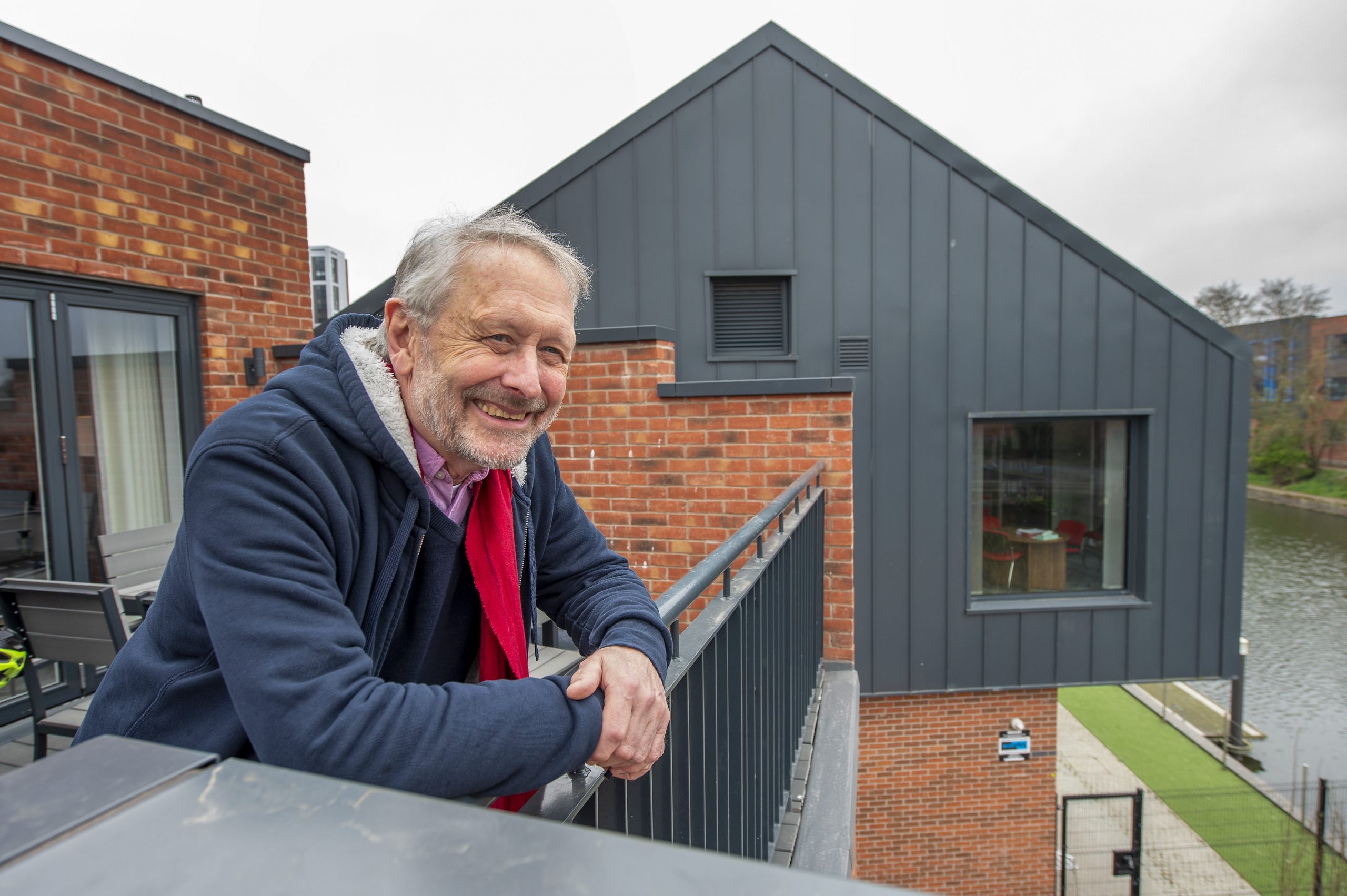 During the tour, the Mayor and accompanying members of council were treated to an in-depth tour of the 17.2-acre development, located on Frog Island, including a visit to the new show home, The Barkby. Alongside the visit, the town mayor also met with the first residents who have already moved into their new homes during the development, gaining insight into town life in the transformed area.

Overlooking the Grand Union Canal, Waterside is an exciting new development comprising a mix of over 350 new one and two bedroom apartments and two, three and four bedroom homes, aimed at professionals who aspire to sustainable city living on the waterfront with an enviable urban design, and comprising at least 55 affordable units. In addition to the new homes, buyers will also benefit from new public green spaces and a new canal-side path opening up the waterfront, as well as 60,000 square feet of Grade A office space.

The city’s mayor, Peter Soulsby, said: “Leicester’s waterfront has long had immense potential for regeneration, and taking this redevelopment forward for the benefit of the city has been a long-standing ambition of mine.

“These new homes are a key part of that and the catalyst for the surrounding waterside developments. The City Council’s regeneration strategy for the town has included assembling this brownfield site using £25m of grants and council funds to compulsorily buy run-down and disused areas along the River Soar, as well as obtaining planning approval for these new homes.

“We have worked closely with Keepmoat Homes as development partners to achieve this milestone in making Leicester’s waterfront a vibrant and attractive area in which to live and work.”

Since 2015, around 1,000 new houses and apartments have been delivered along the waterfront, as well as around 1,000 student accommodation, the Novotel and the Adagio (200 beds), a new bowling alley and more than 7,000 m² of new offices built at Friars Mill, Great Central Square and Northgate Street.

Shaun Fielding, Regional Managing Director of Keepmoat Homes, said: “We are delighted to have hosted the Mayor of the City and members of Leicester City Council, so they can witness the great progress we have made at Waterside and how the new housing development provide the people of Leicester with a great place to live.

“We have worked in conjunction with Leicester City Council and the city’s design team to create a development of bespoke homes and apartments, formed into an incredible urban layout which has already attracted potential new owners to the area. area, which will further strengthen the city’s economy. ”

The works at the water’s edge are expected to last five years. For more information on Waterside, Leicester visit: https://www.keepmoat.com/waterside-leicester