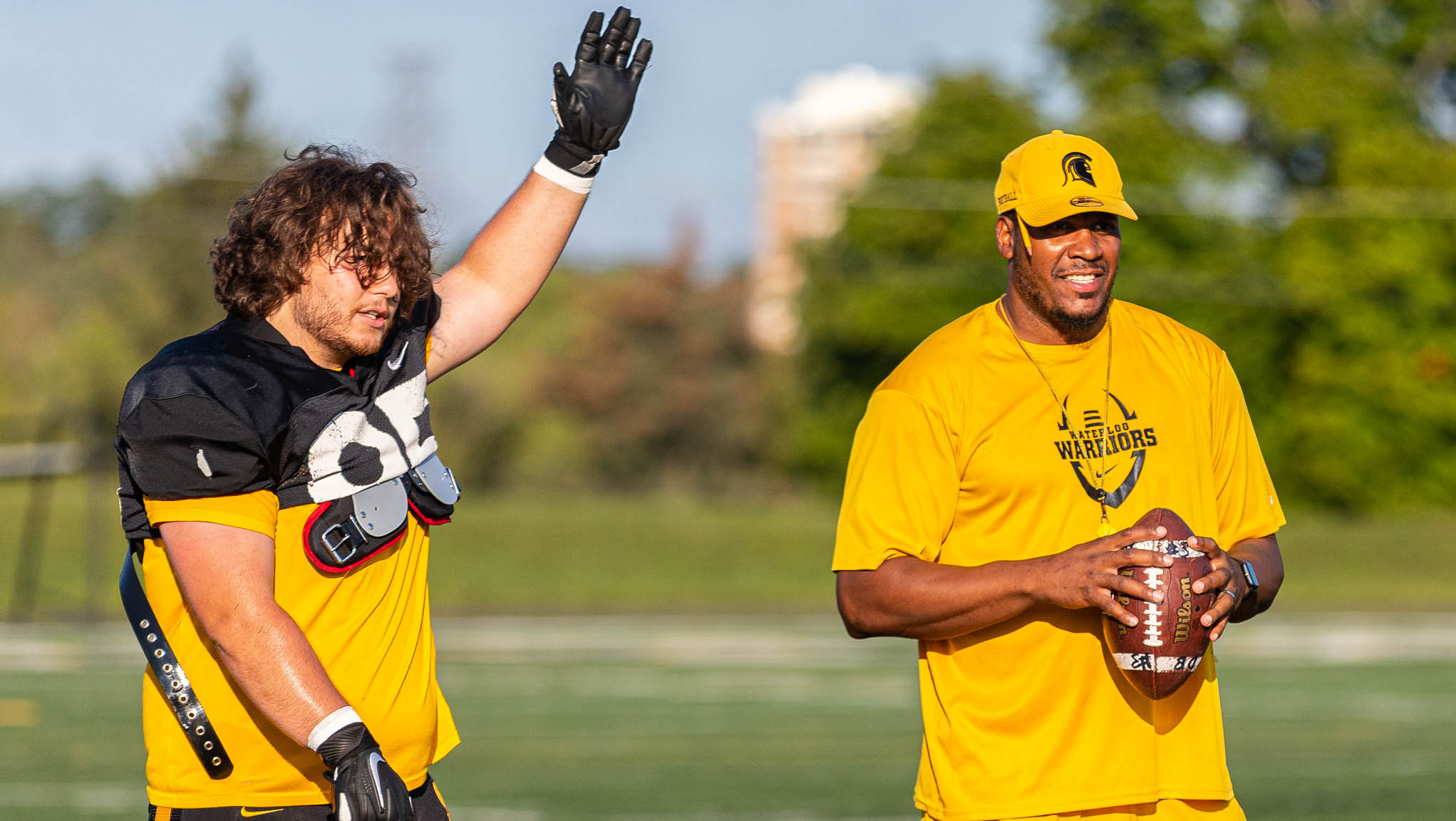 Adams learns from all sides of the game with Argos

Darrell Adams thinks he can always improve his skills and he appreciates any chance he gets to do so.

That’s why he applied for a spot in the CFL’s Diversity in Football program when the opportunity presented itself.

“The mindset behind this initiative is, ‘Hey, let’s open our doors and really let people dive in and have a chance to see, and then ask questions and get involved.’ So I’m looking forward to doing a bit of both,” said Adams, one of nine candidates selected to attend training camp with a CFL team.

He’s already taken something from the program after attending Toronto Argonauts rookie camp last week. “Nothing like being out there doing two days and being with the boys,” said Adams, a former Hamilton Tiger-Cat who is now a coach, preparing to start his seventh season with the Warriors. from the University of Waterloo.

Adams already has a busy footballing life, and you can tell just from the full title on his Waterloo calling card; Associate Head Coach, Defensive Coordinator and Recruiting Coordinator.

But there’s a little too much downtime in a U SPORTS offseason for his liking and getting the chance to scratch that football itch is one of the reasons the Long Island, NY native jumped on the board. opportunity to get to work at Argos. camp.

Not the only reason, however.

“First and foremost, just a professional development opportunity from a personal perspective,” said Adams, who played three seasons in the CFL, all with Hamilton. “Determine what tactics and techniques I can bring back to U SPORTS.

Another of his reasons is rooted in family and community responsibility. Adams and his wife, Amrita, have two young children they are raising, as they call Mississauga, Ontario home. Their son, Isaiah, is 11 and their daughter, Aaliyah, is 4.

“That’s another reason why I’m all about these programs,” Adams said. “I want my children to have opportunities to thrive on and off the pitch and to have access to resources and opportunities through these kinds of initiatives.”

Adams has previous ties to the Argos, and I don’t just mean they faced each other on the pitch during his playing career. He says he’s known Toronto special teams coordinator Mickey Donovan and linebackers coach Kevin Eiben. In 2019, Adams spent time bonding with Toronto defensive coordinator Corey Mace when Mace was the D-line coach with the Calgary Stampeders and Adams was a guest coach at training camp.

While he can expand his knowledge and coaching experience with this group, Adams will have the opportunity to investigate life in the world of football operations. He already has a relationship with Toronto general manager Michael Clemons and senior adviser Jim Barker.

“They both opened their doors to me and let me know that if there are conversations I want to have, there is all the information I need, (they are) there to talk. So if I wanted to, I could extend those conversations beyond coaching. Which I will, at some point, as I plan to stay for the duration of camp.

Although Adams feels he’s there to – primarily – bolster his coaching knowledge, he knows Clemons and Barker can give him some accurate insight into the front office world. And while the 38-year-old doesn’t currently see this as a path he’s likely to take, he’s also aware that he doesn’t know what he doesn’t know. So he keeps an open mind.

“I have no desire to be in office,” Adams began, “but that’s because I’m not aware of what exactly is going on. The more informed you are, the more knowledge you gain, which will simply open your mind to potential opportunities that you might not have thought of. 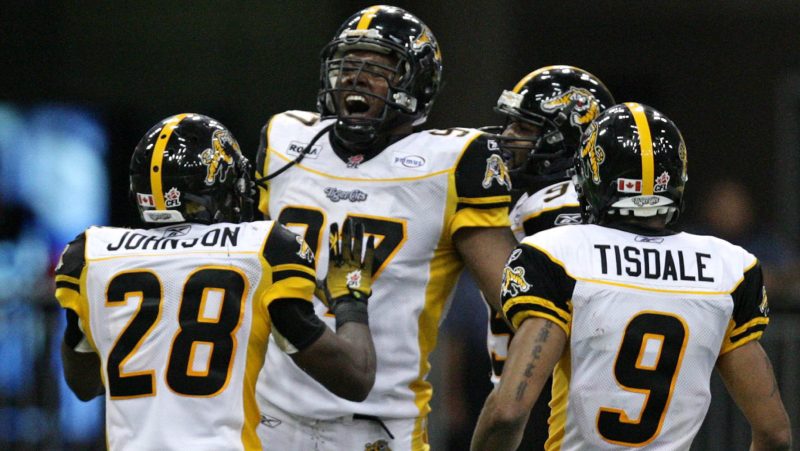 Darrell Adams spent three seasons playing for the Tiger-Cats and retired in 2010 (Photo: The Canadian Press)

Adams joined the Hamilton Ticats in 2007 and in 2008 he had a stellar year as defensive tackle, racking up 41 tackles and 9 sacks. He played one more season with the ‘Cats, then retired just before the 2010 season.

A year after his playing days ended, the Villanova graduate (majoring in communications and media studies) joined the Ticats, spending two years with the team as strength and conditioning coordinator as well as assistant defensive line coach. Then he moved to U SPORTS and Carleton University in 2013, where he coached the Ravens defensive line for three seasons. His next stop was Waterloo.

“I’m grateful for everything I’ve been able to accomplish,” said Adams, who wanted to be sure Amrita deserved it. “It’s not easy being a footballer’s wife,” he said. “I wouldn’t be able to do everything I’ve done in the past, you know, 14 years without his love and support.”

Both agree on the importance of resources such as the Diversity In Football program. “She understands the need to continue to push for equity and opportunities for diversity, and then to make sure those things are fought for and defended,” Adams said. “Because if we don’t plead, it won’t happen.”

“Whenever these types of initiatives are offered at the professional level, you have to go all the way,” he added. “Because if it’s working, if there’s a long-term vision and plan to increase diversity, representation and opportunity, we need to maximize that.”

When he says “I still have a lot of work to do moving forward,” Adams is signaling that he’s ambitious. Just because he’s on the diversity program doesn’t mean he’s eager to move, however, imminently.

“I’m happy where I am,” he said of his position with the Warriors. “I have a great organization. I work for a great coach (Waterloo head coach Chris Bertoia). But I don’t limit myself.